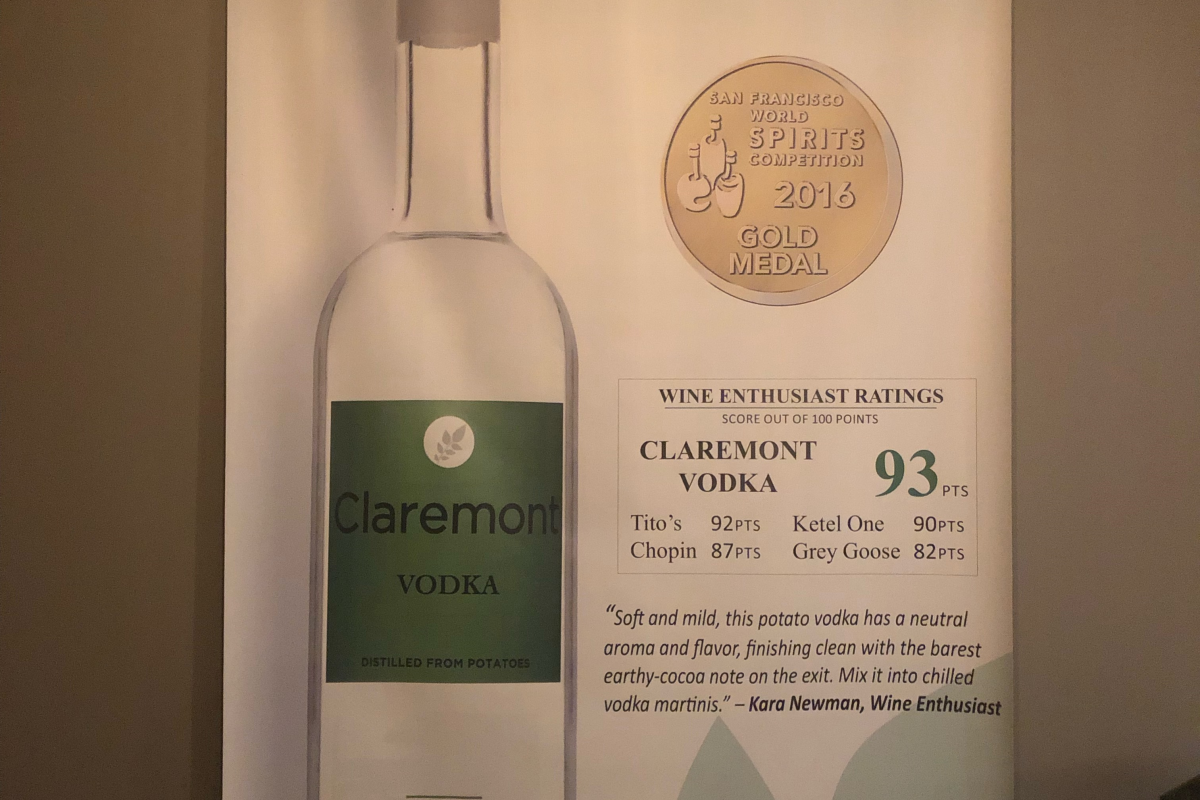 Vodka! Gluten free boozy drinks! 2022
Posted on November 6, 2022
Finding gluten free booze can be confusing. Vodka is automatically gluten free right…right? Wrong. You have to be careful of the added flavors, in addition to the base ingredient. This goes for any alcohol, but for this post I will focus on vodka.

What is plain vodka made from?
Unflavored vodka is made from either distilled wheat/barley/rye grains, potatoes, corn and even grapes. The FDA has stated that all distilled (unflavored) is gluten free, no matter the grain, because of the distilling process. We have to keep in mind though that the FDA considers something gluten free if it contains less than 20pmm of gluten. That is not really gluten free and would be better stated as gluten low. They state it as gluten free because that is the measurement they deem safe for those with celiac disease. That said, you need to discuss this with your doctor because everyone and their sensitivity is different. Since vodka does come in a wheat/barley/rye free options, it is best to stick with the potato- based vodkas to be on the safe side.

Why worry?
Flavorings…they can make vodka taste even better. But….many flavorings contain gluten. Why? They may contain malt or other gluten derived ingredients to add elements to the flavor.

Ok…so what can I drink?
Here are some unflavored vodkas that are celiac safe-

Claremont Vodka– Hands down my personal favorite! It is made at a small distillery in NJ but has been rated as one of the best in the world. It is smooth, clean and “buttery”. Amazing alone or mixed in a cocktail.

Bombora Vodka– This brand from Australia is made from grapes!

Crystal Head Vodka– Made from peaches and corn…stored in a crystal skull! Plus, the blues fan in me loves that is it owned by Dan Akroyd, who is a patron and supported of blues music. I do note that their AURORA blend lists English Wheat as an ingredient, so if you are very gluten sensitive, I would avoid that specific blend.

Smirnoff Vodka– Their vodka is corn based, and their flavorings are juice based (and are specifically marked as gluten free on their labels). That said, avoid their Iced brand of beverages, because they contain malt.

Wisher Vodka– They are described as- “Wisher is a Lab-Tested, Gluten Free, Grain Free Vodka, Distilled from Beets. We use Vegan processes and are sugar free. A Woman owned business and our Co-Founder has Crohn’s.”. This brand comes across my Instagram feed often and I will be trying a bottle in the near future

If you enjoyed this article, don't forget to share it.

Sorry, there are currently no upcoming events. Please check back later.

Please verify your age to enter.